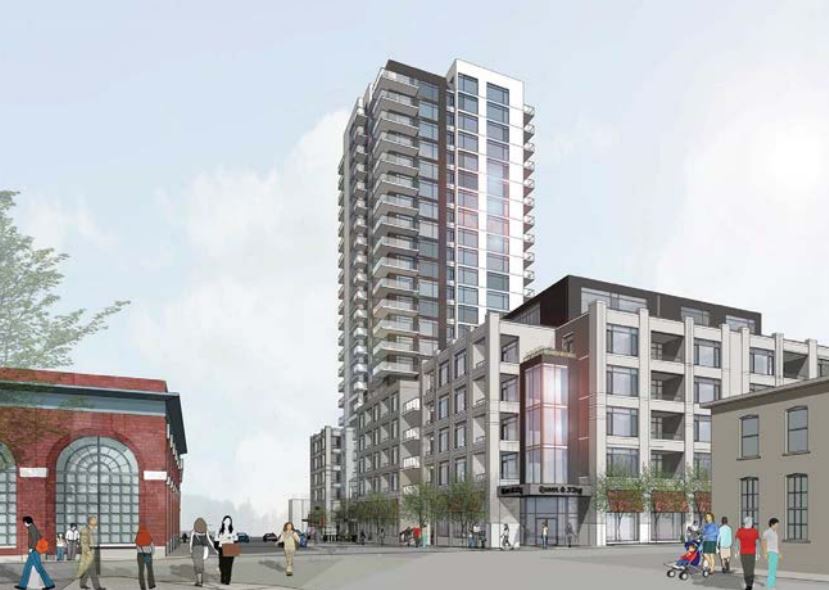 Just before Christmas, the provincial tribunal overseeing planning and development appeals made an extraordinary announcement. The Associate Chair of the Local Planning Appeal Tribunal (LPAT) announced it was overturning a previous decision to deny the proposed North Block development. In August 2019, the LPAT adjudicator ruled against the proposal for two new apartment buildings at the base of Queen Street in the downtown. However, in a review of the decision, the Associate Chair of the LPAT determined that several significant errors were made in the original ruling. In particular, the Associate Chair found that the original ruling did not correctly consider policy goals to increase housing supply and promote redevelopment of brownfield properties in the North Block area. The Associate Chair also determined that the original ruling did not adequately account for City Council’s support for the development, and that it did not properly consider the development against the City’s Official Plan as a whole.

So what happens now? A new LPAT hearing has been ordered to reconsider the North Block development. I’m delighted with the news because I believe we have a real chance to invest in the health and vibrancy of the downtown. I also want to be clear that I agree with those in our community who are concerned about preserving the heritage atmosphere in our downtown. Tall buildings should not be permitted in certain areas of our historic city core. That said, I also acknowledge that we need more people living in the downtown in order to sustain its vibrancy. That’s why the proposed North Block development was strongly supported by City Council. It strikes the right balance between intensification and heritage by having taller buildings in the right spot. I’m hopeful that the new LPAT hearing will be scheduled soon, and that we can move forward with other plans for exciting developments in our beautiful downtown.