The Heritage Resource Centre is a great tool for those repairing or renovating heritage properties in Kingston. But this great space is not just for property owners, it’s a really interesting place for residents or visitors interested in our rich local history. The centre features examples of built heritage conservation and a timeline that maps Kingston’s long history, starting from aboriginal settlements through to the establishment of Fort Frontenac by the French and later King’s Town by United Empire Loyalists. The resource centre originally opened in December 2013 as a pilot project, first located in the basement of City Hall. The relocation will make staff and resources available in a more prominent and accessible location on the main level of City Hall.

I encourage all Kingstonians – If you’re downtown for a bite to eat or at Market Square for some skating – pop in and check out this great new addition to Kingston’s historic City Hall. 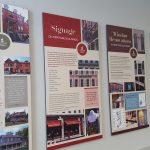 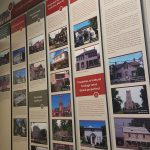 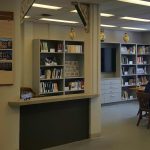