The Financial Times Names Kingston a City of the Future

The Financial Times Names Kingston a City of the Future 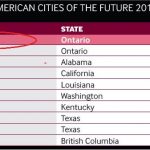 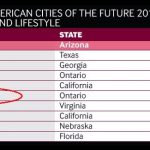 The Financial Times has named Kingston as the best small city in the Americas for Foreign Direct Investment strategy and as the sixth best small city in the Americas for Human Capital and Lifestyle! These awards came out of a comprehensive study of over 400 cities across North, Central and South America as part of the Financial Times’ special issue on ‘American Cities of the Future.’

Based out of the U.K., the Financial Times is one of the most respected business publications in the world. To receive this level of international recognition is a tremendous achievement for Kingston. Putting Kingston on the global radar is a key part of my vision to make Kingston a smart and livable 21st century city and making it to the top of the Financial Times American Cities of the Future list is a great way to help spread the word around the globe about what’s happening in Kingston!

Our recent success in attracting international companies like Frulact and Feihe has clearly drawn attention well beyond Ontario and Canada. The leadership at both Frulact and Feihe have become our city’s newest and most enthusiastic international ambassadors, and I am thrilled by the opportunity to partner with them to persuade other foreign companies to locate here in our city.

My sincere thanks to the board and staff at the Kingston Economic Development Corporation, City staff, and the vast array of passionate business and community leaders that have contributed to building such great momentum for the future of economic growth in our city. Congratulations Team Kingston!